“Short update on Bring your own Sip Trunk in #MicrosoftTeams from #techsummitfrankfurt – currently in TAP. GA around July according to MS depending on testing. #BRK2080” 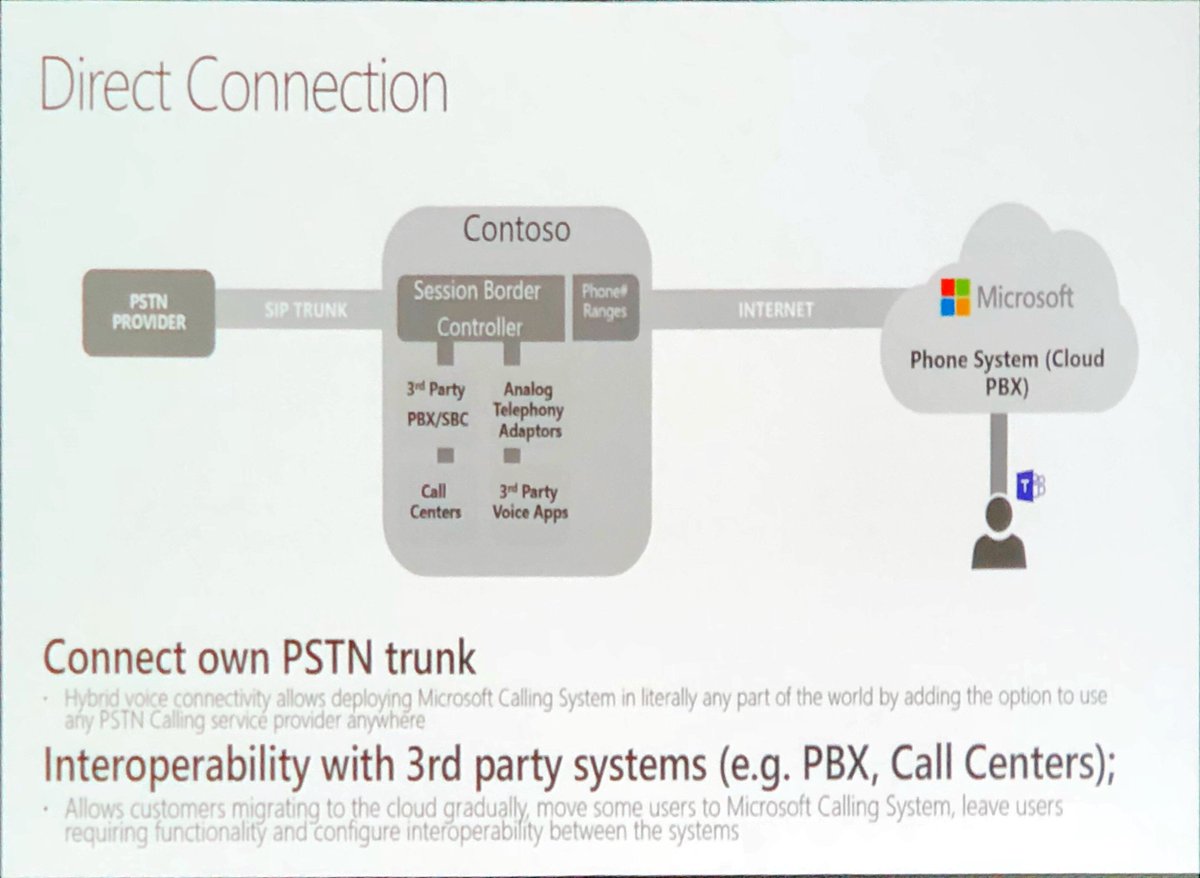 Expect the sessions to pop up here soon

Update 16/12/2017: AudioCodes confirms any of their SBC’s will work with Microsoft Teams. No need for an OSN/SBA module!
if your running a CCE, CloudBond or SBA now  that will be upgradable too, I would assume you can re-use the OSN for a IP phone management server! 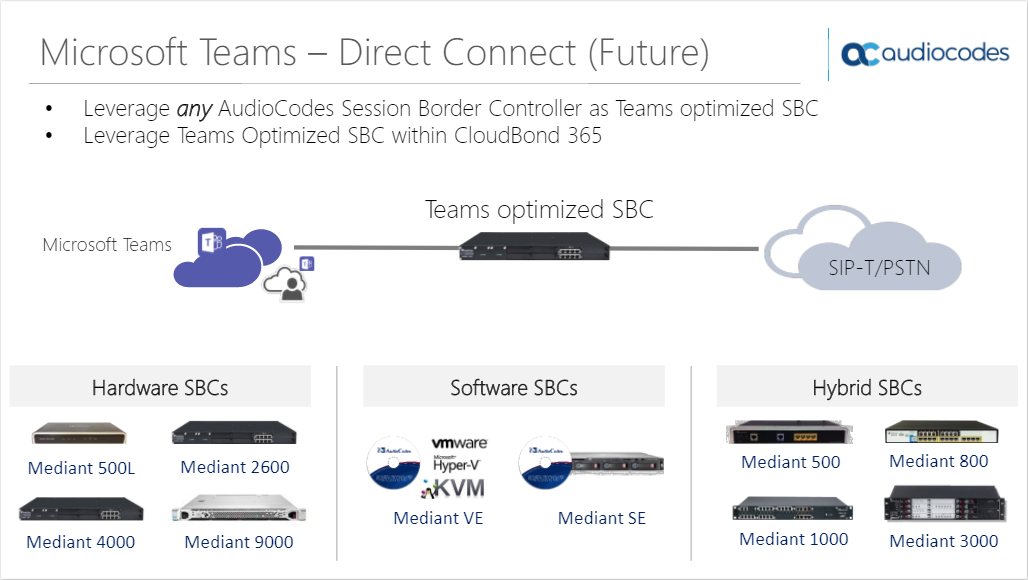 So as you all might have heard. Skype for Business is slowly going to transition into Microsoft Teams.

I’m not going to go too much into this as most of the MVP community has covered a lot of what’s happening.

If you’re not aware, Teams will be taking on PSTN call functions. But, Teams is built on an entirely different backend. The Skype consumer API

to be clear. Skype4B is not “Becoming” Teams. it’s just going to move over time

as of right now, the ONLY way to make calls is to be fully cloud homed, with PSTN Calling. That means. No, Hybrid PSTN, No CCE. So for anyone who cant get numbers from Microsoft or had E-911 requirements

This use of an entirely new backend means we cant use Skype4B Cloud Connector Edition to connect our existing PSTN lines to Teams.. But during the UCKeynote “Direct SBC” was mentioned as a connectivity option. whilst also assuring you that

After some arm twisting, begging and many many beers (it’s so hard being Australian) I managed to dig up some info

The SBC itself will straddle the internet edge if you’re using a private WAN for SIP, otherwise if you have a Internet SIP carrier just stick it outside (how long till we see SIP carriers that offer direct connectivity)?
Yes it will need a Public SSL certificate on the SBC
It will work like a mediation server in the cloud. Setup a new trunk on the SBC and point it to 365
There will be tools in the O365 control panel to help you manage it and warn when things like SSL certificates are going to expire.

Thus the SBC will work more like a traditional SBC in that it will provide a secure “firewall” between your existing ISDN or SIP connection, encrypt it with a Publicly trusted SSL certificate to send to the Teams User.
Think Skype4B on prem, with Media Bypass but on a much larger scale,

This is not an official diagram or even confirmed by anyone. but it is how I imagine it will work… 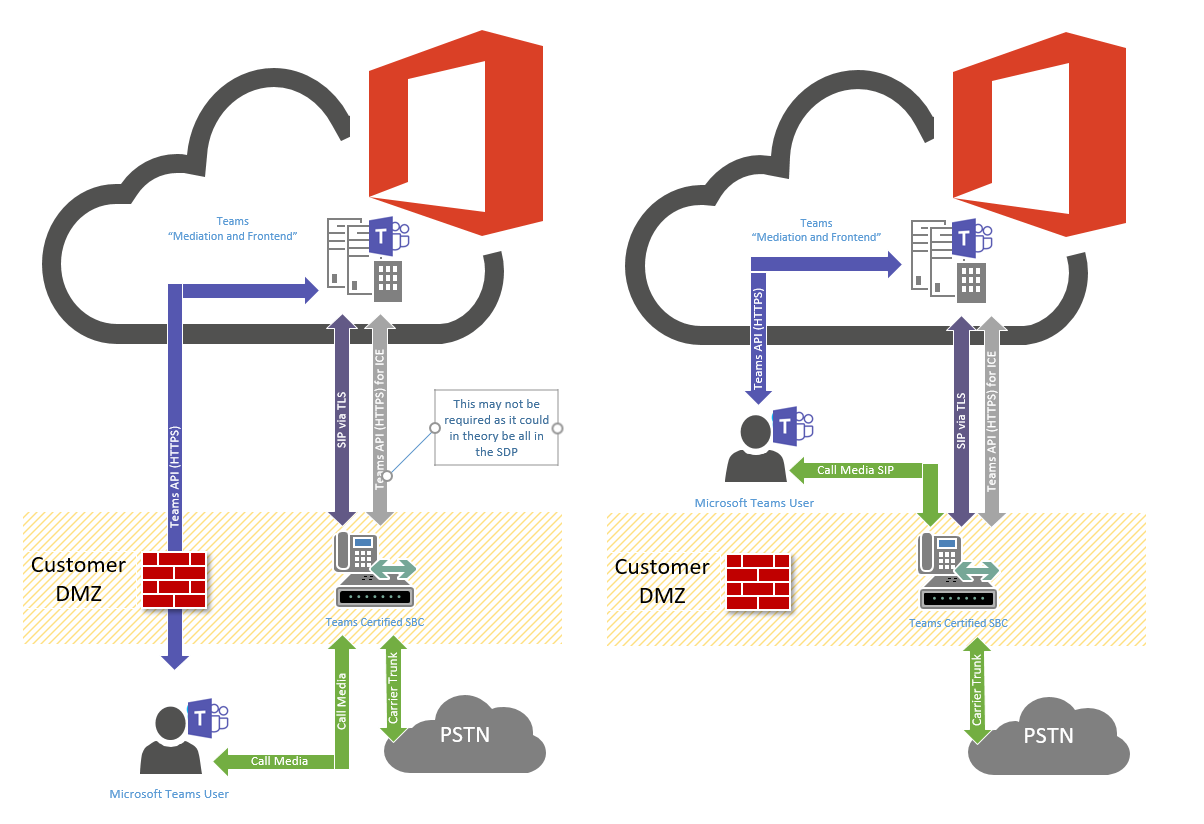 Nothing at this stage is set in stone. things like managing how ICE will work are up in the cloud and should all be ironed out by the October timeline release.

That’s all I have for right now,