I’m not going to do my usual detailed write up on this one just figuring this might help someone Googleing, But I recently had to look into an issue for a customer who had another intergrator build thie Skype4B platform and all worked well.

The issue was that when a call came from an external PSTN line and hit a response group that was designed to forward to a dedicated mobile(cell) phone. If the device was busy, the call would drop instead of forwarding to the carriers voicemail.

Luckily the carrier in question (Telstra) announces diverts in band as well as the usual out of band notification messages and I could see that the inband message never got played.

After a little digging with the CLS Logging tool and Snooper, I could see the RGS service itself generating “BYE” messages with “The Response Group application was unable to transfer the call to the configured destination and no fallback exists”

Further digging in snooper showed that the call transer was being aborted because it wasnt a safe transfer.

A quick check of the trunk configurtation and I can see that the previous intergrator had enabled sending “Refer” to the Sonus gateway.

Unfortunatley as I didnt have access to the Sonus I couldnt see what the issue was on the gateway, Sure enough turning refer support off on the trunk resolved the issue as the call legs were now being handled by the Mediation Role instead of the gateway itself..

If I get time (and a spare sonus) I might lab this one up for better details.

Till next time….heres some quick nasty notes I took at the time
Excuse the crudity of the diagrams, I didn’t have time to paint them

When the remote party attempts to forward the call to another phone or voicemail service an outofband diverting message is sent to the gateway, which is passed up to the Skype4B infrastructure. 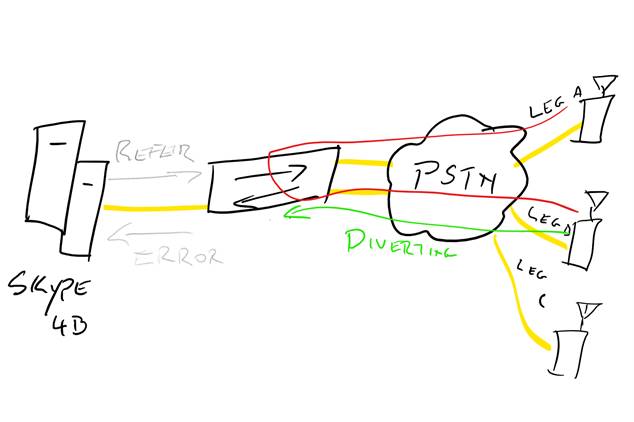 We solve this problem by disabling the “Refer” support on the trunk between the Skype4B infrastructure and the gateway. Thus there is no call processing done by the gateway itself, the mediation server is now responsible for joining the two call legs together. This however has the disadvantage that additional voice traffic will pass between the external gateway and the mediation server. 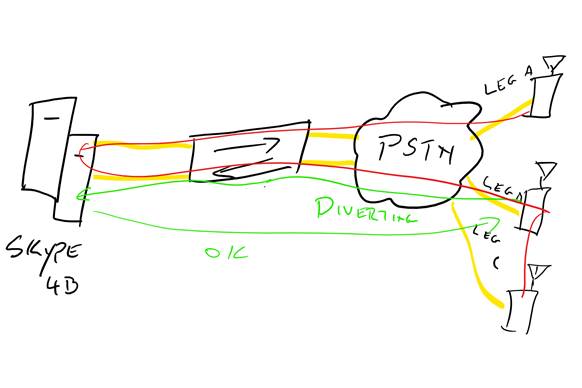 I actually had a customer do this for reprogramming their VVX phones with Teams account details it was so cool and I'm totally not stealing the idea! (Common Area Phones can't just be migrated as they are contact objects) twitter.com/ChrisWeb…